Commissioner Manuel R. Geraldo, Esq. was appointed to the Prince George's County Planning Board in July, 2012.


Mr. Geraldo has received numerous awards and recognition as a long-time, committed community activist and volunteer and serves as: 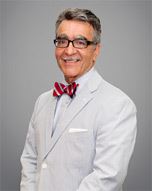 
Mr. Geraldo is an accomplished legal professional and principal in the law firm of Robinson and Geraldo, which he organized in 1979. His prior professional positions include Director and General Counsel for the District of Columbia Private Industry Council, litigation and legislative Counsel in the Office of the General Counsel for the U.S. Department of Housing and Urban Development, membership on the Newark Commission on Human Rights, and Executive Director for the Congress of Portuguese Speaking People.

Mr. Geraldo earned a bachelor's degree from Seton Hall University, a juris doctorate from Rutgers School of Law, and a master's degree in International and Comparative Law from Georgetown University.