Dorothy F. Bailey was appointed to the Prince George's County Planning Board in June 2011, reappointed in October 2019, and serves as Vice Chair of the Board. 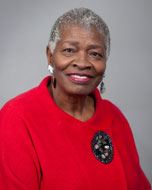 Prior to her election to the Council, Commissioner Bailey worked for the Executive Branch of Prince George's County Government, serving as a senior-level official at several agencies, including Executive Director of the Consumer Protection Commission, the Commission for Families, and Community Partnerships Director at the Department of Family Services.

Ms. Bailey is active in numerous local, regional and national organizations, was recognized by Washingtonian Magazine as one of the area's "Most Powerful Women" and, in 2014, was inducted into the Maryland Women's Hall of Fame.

She earned a bachelor's degree in sociology from North Carolina Central University, completed further graduate study in both education and gerontology, and was awarded an honorary doctorate degree from Riverside Baptist College and Seminary.